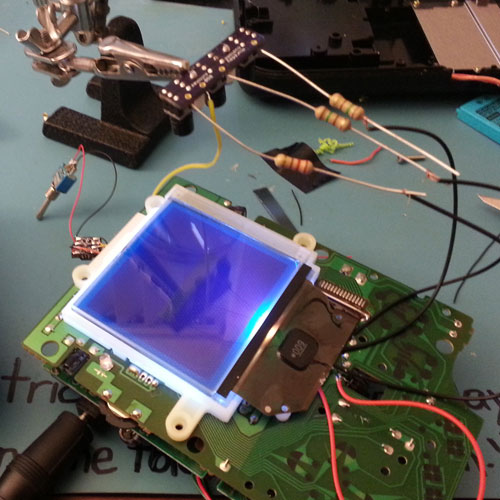 As Shinohara and Wobbrock (2011) explain, beyond the functional utility provided by assistive technologies (AT), AT designers should be cognizent of the ways in which AT use may affect users’ social interactions with others in their shared environments. It is important to me that any AT I design be minimally conspicuous and as socially acceptable as possible, so as to avoid stigmatizing users. It is also important to me that AT I design be usable in educational settings. Both of the types of tools I describe above usually have on-board storage. Because of this, educators I spoke with voiced concerns about allowing students to use these tools in classes and, in particular, in test-taking settings. Thus, this project has two primary goals:

Reimagining the Turnstile - Improving User Experience, Mitigating Infrastructure Injustice and Assuring Safety and Security for All

As part of the Illinois Tech’s inter-professional projects (IPRO) program, I had an opportunity to do field research and learn about both user-experience and user-centered design. Under the instruction and supervision of Dr. Noah McClain and Mr. Hans Mickelson, my classmates and I built a prototype of an access-control system that sought to improve upon the high entry/exit turnstiles employed by the Chicago Transit Authority at “L” stations throughout Chicago. My major contributions to the project included doing much of the literature review, compiling a document detailing our work over the course of the semester, creating and disseminating an “L” station usage survey, reviewing the survey results, and building and programming an Arduino powered, pressure sensitive grid that allowed the prototype to respond and adapt to pedestrian traffic.

I wrote a Blogger collector in Python. You can find my source code here. The repo has a readme that I think should make using the collector pretty straightforward. If you have any questions, though, please feel free to leave a comment here or to open an issue on GitHub.

Currently, this website is built with Jekyll, as static website generator. More specifically, I’m using Jekyll Foundation which lets me start building with Foundation 6 Sass mixins with minimal hassle. The site lives in an AWS S3 bucket. This allows me to use extend the site’s functionality beyond what would be possible if I were hosting for free on GitHub. I also use AWS’ Cloudfront CDN, primarily because it gives me access to free SSL certificates for my domain and its subdomains.